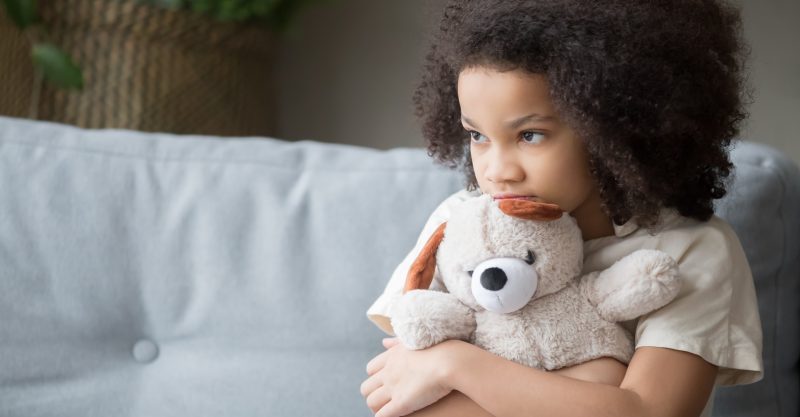 The Food and Drug Administration (FDA)’s Vaccines and Related Biological Products Advisory Committee panel is set to meet and discuss the Emergency Use Authorization (EUA) approval of the Pfizer/BioNTech SARS-CoV-2 vaccines for children 5 to 11 tomorrow, Tuesday, Oct. 26th.

The FDA typically issues its decisions on such products within a few days of advisory committee meetings, so it is imperative that the public takes the initiative to submit comments here for consideration, noting that the deadline for submittal is by midnight this evening.

The concern among the public is overwhelming, especially considering that the recovery and survivability rate among children who contract SARS-CoV-2 is 99.998 percent, according to the US Centers for Disease Control and Prevention. Whereas the reported risks of potentially experiencing adverse reactions as a result of the experimental jabs far outweigh the statistically low risk of suffering serious health consequences due to the viral infection.

Last May, Pfizer/BioNTech released a 37-page fact sheet disclosing the data of its product which revealed the alarming results that over three quarters, 78.9 percent to be exact, of vaccinated children 12 years and older in the clinical trials suffered mild to severe adverse reactions. Despite these findings, the pharmaceutical giant’s current multi-million dollar profiteering product with a projected total of $33.5 billion in 2021, which had been available under EUA for individuals 16 years of age and older, was expanded to include those 12 through 15 years of age on May 10, 2021. Such hasty expansion showcases the reckless disregard in which some of these decisions are made.

Further concerning is Pfizer/BioNTech’s and the FDA’s negligence to properly account for the reports of significant adverse reactions such as the one suffered by 12-year-old Maddie de Garay, who was enrolled by her parents Stephanie and Patrick de Garay. in the Pfizer Covid-19 vaccine clinical trials at Cincinnati Children’s Hospital.

Aaron Siri, Managing Partner of Siri and Glimstad, reported that “Maddie, a previously healthy, energetic, full of life child, was within 24 hours of her second dose reduced to crippling, scream-inducing pain that landed her in the emergency room where she described feeling like someone was ‘ripping [her] heart out though [her] neck.’ Over the next several months the nightmare continued, during which Maddie was hospitalized several times and suffered numerous systemic injuries, requires a tube through her nose that carries her food and medicine, and a wheelchair for assistance.”

Siri also revealed that Ms. de Garay had filed a report through the Vaccine Adverse Event Reporting System (VAERS) in June 2021 but neither the U.S. CDC nor the FDA followed up or sought additional information.

Siri further noted that Ms. de Garay also contacted Dr. Avindra Nath, the Clinical Director of the National Institute of Neurological Disorders and Stroke at the National Institutes of Health (NIH), who “responded by stating he was ‘Sorry to hear of your daughter’s illness’ and that ‘We have certainly heard of a lot of cases of neurological complications from [sic] the vaccine and will be glad to share our experience with them.’”

“If the US FDA is going to ignore the pleas of a 12-year-old girl injured by Pfizer’s vaccine and fail to follow up on evidence that Pfizer fraudulently coded her paralysis as a stomach ache, any police action by the FDA anywhere in the US is illegitimate,” said James Lyons-Weiler PhD, the President and Chief Executive Officer of the Institute for Pure and Applied Knowledge (IPAK).

The Vaccines and Related Biological Products Advisory Committee Briefing Document that will be discussed in tomorrow’s advisory meeting also raises some red flags worthy of consideration. In the briefing, Pfizer admits that the size of the safety database is not large enough to detect any potential risks of myocarditis, but the number of post-vaccination heart inflammation cases (including myocarditis, pericarditis and myopericarditis) is expected to be as high as 21 cases per million second doses.  The reported data are also based on a very short follow-up of 7 to 14 days, which leaves a lot to be desired.

It is unfathomable that recommendations and enforcement of such products be considered by any institution in light of the gross negligence and scientific evidence showing that the risk for children consuming products that are indemnified from liability under the current EUA far outweighs any illusion of its benefits.

It is important to note that seeking to vaccinate a demographic that is not at considerable risk of serious health consequences from SARS-CoV-2 infections potentially serves as a strategic step to eventually get the experimental jab on the children’s vaccine schedule and ensure it is protected from liability.

Right now, the vaccines are protected from liability via the Public Readiness and Emergency Preparedness (PREP) ACT under the EUA. Once the experimental jabs can be added to the children’s vaccine schedule via the recommendation of the CDC Advisory Committee on Immunization Practices (ACIP), the House is then responsible for passing an excise tax, which then enables the Federal Register to issue a notice adding the vaccines to the National Childhood Vaccine Injury Act (NCVIA) injury table, ultimately precuring liability protection for the entire pharmaceutical and medical industry. Therefore, the EUA protection would no longer be necessary for the industry’s current indemnification from liability.

As reported by the Children’s Health Defense Team in The Defender, Robert F. Kennedy, Jr., CHD’s Chairman and Chief Legal Counsel, in conjunction with CHD Board Member, Dr. Meryl Nass, sent a letter addressed to Dr. Arnold Monto, the Chairman of the FDA’s Vaccines and Related Biological Products Advisory Committee (VRBPAC), its committee members and all FDA staff, notifying them of CHD’s intent to sue the FDA if the agency grants EUA of the Pfizer-BioNTech SARS-CoV-2 vaccine for 5 to 11 year-old children.