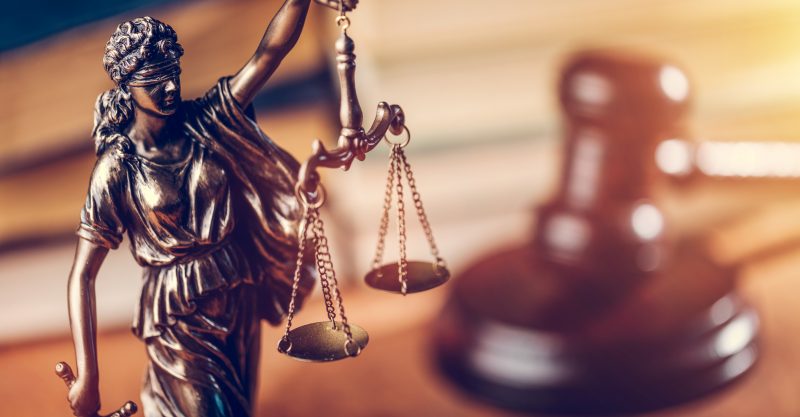 Over 1000 Ohioans submitted proponent testimonies in support of the Vaccine Choice and Anti-Discrimination Act (Substitute House Bill 248), and both the Health Committee and adjacent overflow rooms were packed with a substantial number of supporters who traveled from across the State to witness the bill’s much anticipated hearings at the Ohio Statehouse before the legislative session broke for summer.

The Vaccine Choice and Anti-Discrimination Act, sponsored by State Rep. Jennifer Gross (R-West Chester), has garnered such an overwhelming amount of support among Ohioans concerned about vaccine mandates, passports and discrimination that the Health Committee had to schedule a second hearing at the Statehouse to ensure more voices were heard.

Prior to the commencement of the second hearing on Tuesday, June 8th, Gross said to a room full of supporters, including doctors, nurses, biomedical engineers, pharmacists, infectious disease experts and people from all walks of life, “I’m so thankful you are here. I want you to realize that you are the people, and the people are the power and heart behind this legislation.”

Among some of the individuals who provided proponent testimony was Infectious Disease Expert, Dr. Sunil Bhat. He said, “As a practicing infectious disease physician, I recognize the importance of shared decision making between clinicians and their patients.  Indeed, the American Medical Association’s list of patients’ rights codify the importance of self-determination.  Section B of Sub. H.B. 248 merely restates what we all know to be true.  Patients make the best choices for their health when they are informed and empowered, as opposed to coerced.”

Dr. Bhat proceeded to discuss the current climate among the various levels of government and sectors of society that has warranted the need for the legislation, the lack of intervention placed on the citizenry regarding the top causes of death, namely heart disease and diabetes, and said “vaccine status alone provides an incomplete portrayal of herd immunity. The threshold to obtain herd immunity is based on how many people can be potentially infected by a single case of the disease,” culminating his testimony with a caution to avoid repeating the mistakes of the past.

Dr. Bhat said, “I would echo the words of the writer and philosopher George Santayana. ‘Those who cannot remember the past are condemned to repeat it… Today, polls seem to indicate that less than 50% of the citizenry trusts local and state health departments. I have worked to build relationships with my patients, some of whom come from sectors of society which do not have high levels of trust with the medical profession. I would be loath to see any of their private medical decisions made public, or they be discriminated against for having chosen a path of care that was best for them. I believe that this bill is timely in that it will send a message that we do believe in the fundamental right to autonomy.”

Another witness, Erika Smith PhD, whose ancestors stood for justice and equality during the Civil Rights Movement so she could be free and afforded “the same privileges under the law, as everyone else,” as she said, provided a riveting testimony echoing concerns of repeating transgressions of the past and gross human right violations via the current threats of vaccine mandates, passports and discrimination based on inoculation status.

Smith said, “Any student of history clearly sees the distinct parallels between segregation due to race and segregation due to vaccine status. Inherent in this discriminatory practice, is the understanding that what is happening with Covid, or whatever the next fear-driven narrative connected to illness is, will become the next battle for civil rights. Government sanctioned discrimination, based on skin color, is no different than government sanctioned discrimination based on vaccine status. The unvaccinated will become second-class citizens just like blacks once were… The idea of mandatory vaccinations for people to keep their jobs smacks of the same abuse legislators have historically used against whatever people groups they perceived to be inferior. Forced vaccines, medical passports, and tracking/tracing are all forms of medical apartheid. They are obviously discriminatory and it is horrific to think that what people are enduring today is a repeat performance of the past.”

Despite risking losing her job to testify that day, Smith said she did it because the preservation of freedom is that important to her.

Smith’s loss of employment concern is not foreign to many like Registered Nurse, Michelle Krinsky, who was fired after 29 years of employment from a Cincinnati-based hospital for declining the influenza vaccine after suffering two adverse reactions the previous years and expressing strong conscientious and religious objections that were rejected by her employer.

Krinsky said, “It didn’t matter that I had been an exemplary employee with an excellent work record. Not one medication error. Not one patient complaint in 29 years. I was known to be dependable and flexible… All that mattered was that I was not willing to comply with a mandatory policy that I was not comfortable with and assume all risk. Within a 24-hour period my nursing career, my income, my ability to save for my retirement and insurance benefits were gone. How is it okay that a hospital can take away your conscientious concerns, your ethical and religious rights to decline an injected biological product? Why is NO not good enough?”

It was shortly after being terminated by her employer that Krinsky said she realized the “mandate had little to do with health and patient protection, but everything to do with employee compliance and Medicare and Medicaid reimbursement.”

Prior to 2010, there were no compulsory influenza vaccine mandates as a condition of employment or receipt of benefits and pensions. As Health Freedom advocate, Tony DiBiase, noted in his testimony, the new policy emerged after the United States Health and Human Services department unveiled the Healthy People 2020 initiative outlining the nation’s 10-year goals and objectives for health promotion and disease prevention, which included a goal of 90% influenza vaccination coverage rate that was then tied to the Medicare and Medicaid star-rating reimbursement system. Health care entities that failed to achieve and report such quality measures were then subject to a two-percent payment reduction, thereby impacting their star-rating and reimbursement.

Since then, countless employees have suffered the repercussion of vaccine mandates and paid the price with their livelihoods, or in the case of the late Mike Bailey Sr., his health and ultimately his life after developing Guillain-Barré Syndrome, a commonly adjudicated vaccine adverse reaction in which the immune system attacks the nerves that often leads to ascending paralysis. As his son, Mike Bailey Jr., shared in his testimony, his deceased father, formerly known as “Big Mike” among family and friends, suffered an adverse reaction to the influenza vaccine he felt obliged to receive after his employer threatened to terminate his employment and withhold half of his pension just a few months short of his retirement.

As Krinsky said, “I am only one of many healthcare workers that have been affected by mandated vaccines and discrimination… So many of my coworkers had concerns as well but were fearful of retribution if they spoke up.”

Donna Kazee, a biomedical engineer, human rights activist and mother of an immunocompromised child who was injured by his childhood vaccinations, addressed the overarching concerns of committee members as it pertains to the immunocompromised.

Kazee noted that live-virus vaccines shed and said, “Having a child with secondary immunodeficiency, I can tell you that when he did go to school, it was the very obviously sick kids who made him ill. Kids whose parents believed that, since they had their shots, they were safe… The lesson to me was that all symptomatic kids should remain home to prevent the spread of illness – vaccinated or not! It also taught me that I had virtually zero control over my child’s exposures. The onus was on me because the reality is sick people are everywhere and vaccination does not prevent transmission.”

Kazee also dismantled some of the concerns and misconceptions pertaining to vaccination as being infallible by clarifying some of the ways in which vaccinated individuals can mask symptoms and contribute to outbreaks via asymptomatic spread of infection and increased susceptibility of contraction.

“Pertussis-vaccinated individuals can carry the infection in their throats for 35 days and are capable of spreading it to others,” said Kazee. “Studies have also shown that flu-vaccinated people can get the virus and shed it via passive respiration at a rate 6.3 times that of unvaccinated people with flu. And a very recent Pentagon study showed that flu-vaccinated individuals are at higher risk for non-influenza respiratory infections, including coronaviruses… All of these situations mean that people who have been told they are protected and safe can unknowingly put immunocompromised people at significant risk,” she added.

Besides arguments concerning the immunocompromised, some legislators expressed concerns regarding childhood vaccinations and college recommendations of the meningitis vaccine, the latter of which claimed the life of aspiring journalist, Haleigh Golden, whose story is shared by her parents in HaleighsHeart.com.

Haleigh’s mother, Rishanne Golden, who testified on behalf of her late daughter said, “If we had been given true informed consent, we would have never opted for any vaccine that causes adverse events and in Haleigh’s case, grand-mal seizures caused by the meningitis vaccine that ultimately took our daughter’s beautiful life.”

Golden also felt it imperative to note that the liability free products cover only four strains (A, C, W, and Y) of meningitis and approximately 99.99% of Ohio children will never see those strains.  “So, the risk of receiving this vaccine is far greater than experiencing the benefit marketed to the public and vaccination may in fact raise the risk of meningitis,” said Golden.

Nevertheless, contrary to the assertions and concerns from opponents of the bill, the Vaccine Choice and Anti-Discrimination Act does not ban childhood vaccinations, nor does it prevent any individual or entity from making recommendations. It merely aims to ensure that pupils, parents and legal guardians are aware of their existing rights to exempt pursuant to section 3313.671 of the Ohio Revised Code, among other provisions that seek to prevent discrimination based on vaccination status in both public and private sectors.

As the Founder and Chief Organizer of Liberty Action Council, Kedarji Vincent Esposito, said to the Ohio Health Committee during his proponent testimony in support of the Vaccine Choice and Anti-Discrimination Act, “History has taught us that free societies are never guaranteed forever. They must be fought for and earned over and over again. Therefore, I ask of you – unite us! From the plant worker to the farmer to the lawmaker, democrat and republican… Unite us under God in the protection of our God-given rights to love, liberty and to bodily autonomy under our constitution without the reprisal of discrimination and segregation – by doing what it takes to ensure the passage of Sub. H.B. 248 with enough votes to override any potential veto by the governor.”